Don’t Bash on the Man They called CASH – Part 2 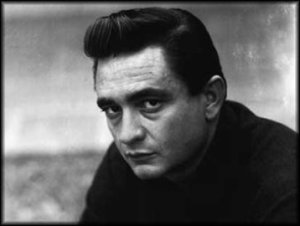 Yesterday I wrote the first of a four part series that I am doing this week. It was the beginning of my views on many things in Conservative Evangelicalism that have often gotten under my skin in Gospel-Centered living that traditionalist and legalistic thinking easily corrupts. However the post and the post to come are to be more directed to the man Johnny Cash. Yesterday I started by saying “I frankly get sick-n-tired of hearing Christians bash the man they called, Johnny Cash!” And what I meant by that was at times, Christians can hear one thing about a fellow brother, or his past life in and of sin and easily condemn the individual and go as far as in having nothing to do with him.

One of the problems that happen in conservative evangelical circles is that his temptations, trails and struggles in life are not talked about much. Which make stories of temptation hard to find for the layman to relate to his pastor or preacher. The real man in the pew has hardship in his work environment, struggles in his family, abuse of drugs, lust, and can easily feel alone in his battle for holiness to live like Christ. If the conservative pastor, professor, elder, or deacon struggles with an area in his life, or goes through hardship, it is often not talked about or pushed down deep so that he never has to deal with it again. What happens then is our pastors, elders or professors then are never looked at as a real man, but someone who doesn’t struggle with anything and doesn’t realize the issues that the layman goes through in life.

Now I do believe that the pastor and elder, etc. are to be blameless and high above the layman in his calling as a pastor. But what happens all so often is that because of this pushing down of hardship and temptations, is he is lifted so high, that it becomes hard for the layman to relate with his elder, pastor or professor. Sometimes even, he is then lifted and seen so highly above all the rest, that he has no family problems, no struggles in real life, and no trails that we laymen can relate to. The layman easily then doesn’t think that the pastor can relate to him nor does the layman feel that he has a pastor that know what he is talking about. The pastor at times doesn’t talk about reality, real life situations in his own life and can often draw himself out and even away from those he is pastoring over.

The reason I direct these post to Johnny Cash is for these very reasons. Johnny Cash was a man that grew up listening to gospel songs on the radio, going to church every Sunday, having a family that read the Scriptures and even had brother named Jack who had wanted to be a pastor. Mr. Cash found it hard to relate to them because temptations, struggles and hard times were never talked about, but pushed down into the barrel so that no one could find them. Because of Cash’s struggles when young he left home early. His view of this is best shown in a later song he wrote in 1996, I Never Picked Cotton. It reads:

When I was just a baby Too little for a cotton sack I played in the dirt While the others worked ‘Til they couldn’t straighten up their backs I made myself a promise When I was big enough to run That I’d never stay a single day In that Oklahoma sun.

Folks said I grew up early And that the farm couldn’t hold me then so I stole ten bucks and a pickup truck And I never went back again Then it was fast cars and whiskey Long haired girls and fun I had everything that money could bring And I took it all with a gun.

Cash wanted nothing to do with his early life, no one understood him, no one wanted the things he did in life, so he left town and never looked back doing whatever he could to continue to make it in the big light. Even though this is the Johnny Cash we so often think about or have heard of, during the same time in 1996, Cash wrote a number of songs about his conversation and the change in which took place in his heart, the Gospel. Something in Cash’s life changed when exactly that was some guess that it was his “Cave” experience, when he crawled into a cave and tried to take his own life, being alone completely in the dark realizing that there in that cave he was the furthest from God that he had ever been in his life. There in the cave in all loneliness Cash said, “I felt something very powerful start to happen to me.” There in that cave he came to the knowledge that God was in control of his life and when he came out of that cave he knew that then he was going to get off drugs and come back to God which he had known when he was a little boy. From that day the Gospel forever changed Johnny Cash’s life.

Some of his greatest words in how the Gospel changed his life are in his later writings and songs in the 1990’s and early 2000’s. Songs like:

From the tree streamed a light, That started the fight ‘Round the tree grew a vine, On whose fruit I could dine, My old friend Lucifer came, Fought to keep me in chains, But I saw through the tricks, Of six-sixty-six

From his hands it came down, From his side it came down, from his feet it came down, And ran to the ground, And a small inner voice Said “You do have a choice.” The vine engrafted me, And I clung to the tree

Oh I am weak. Oh I know I am vain. Take this weight from me, Let my spirit be unchained. Old man swearin’ at the sidewalk, I’m overcome. Seems that we’ve both forgotten, forgotten to go home. Oh have I seen an angel, or have I seen a ghost? Where’s that Rock of Ages when I need it most?

We walked troubles brooding wind swept hills And we loved and we laughed the pain away At the end of the journey, when our last song is sung Will you meet me in Heaven someday

We’ve seen the secret things revealed by God And we heard what the angels had to say Should you go first, or if you follow me Will you meet me in Heaven someday

The song that shows Cash’s view of his pasted wasted life. Why Me Lord? (1994)

Why me Lord, what have I ever done To deserve even one, of the pleasures I’ve known. Tell me Lord, what did I ever do, That was worth love FROM you, Or the kindness you’ve shown.

Try me Lord, if you think there’s a way, That I can repay, all I’ve taken from you. Maybe Lord, I can show someone else, What I’ve been through myself, on my way back to you.

Back to what the post was at the beginning. Pastors, elders, and professors of the Gospel-ministry that God has aloud you to so kindly work for, remember the following.

1. God saved you like he saved Johnny Cash. No matter how much more sin someone else may have committed, nor how much longer one continually lived in sin, once saved by faith and grace alone, he is no different in the eyes of the Lord then you.

2. No sinner is ever to far from God’s great grace.

3. Be sure that we never place ourselves to high above the rest, that we cannot relate with the average man in the pew of our churches.

4. No matter how many degrees, titles to our name and prestige that can come along with our work, we should never allow ourselves to look better then the one in need of the Gospel, and two, not allow out heads to puff up and place ourselves high above the rest in the pew of Christ’ church.

5. Try to relate to those in your church, classroom or work. No, I don’t mean to sin on purpose, but I mean hang out with your people, get to know them on a personal level. Pastors and professors if you don’t know your flock and students outside your church and seminary, how well you ever be an effective tool for the gospel-ministry?

I mean yes, you can teach and preach until your blue in the face, but until you put time, effort, tenderness, love and caring practice of what you so boldly speaking of, it may never sink-in the heart of the layman.

6. Laymen need to see real people, real hearts and real life situations. If all they see is a preacher and professor, they’ll never know correct Gospel-Centered living. Did not Christ teach AND WALK with his disciples?

You can Read Part-1 HERE.

#kansascity
The heavens declare the glory of God, and the sky above proclaims his handiwork. - Ps. 19:1
It’s my 4th birthday! Can I have a pupcake, Dad? #chocolatelab #labradorretriever
Vacation #2 this summer for the Dewalts. Gulf Shores with friends & family was great.
The good news is we look nothing a like.
Willow photo shoot
This is what happens when you try to take a serious photo with a childhood friend.
A fav. #oysters
Happy 4th of July folks!
Haircut before family vacation. He is happy and excited to see friends in the gulf shores.
Daddy & Daughter picture.
Welcome to the backside of 30 dear!
Happy happy happy birthday Em.
Dewalts visit and vacation to Orlando Florida was great. Wyatt loves the beach. After 5 days Willow came around. We had a great time in Florida, absolutely loved it, and glad to be back home.
Happy Mother’s Day to my beautiful wife, Emily. You are a precious gift to our children, and to me. Happy Mother’s Day to my caring, kind and ever loving mom. Happy Mother’s Day to my mother-in-law, we appreciate all that you do for our family.