Only been out for 2-months, it is by far my most played CD in my iTunes, and is becoming one of my favorite CD’s ever produced. The Guitar Song. is a 25-song, double album with thematically linked sets of songs dubbed the “Black Album” and the “White Album.” “The original idea was always to do a double album,” says Jamey. “The album is a tale. The first part of it is a very dark and sordid story. Everything after that is progressively more positive, reassuring and redemptive.”The “Black” songs include the menacing, “Poor Man Blues,” the defiant “Can’t Cash My Checks,” the sighing and bluesy “Even the Skies Are Blue” and the chilling “Heartache.” The lighter, “White” songs are highlighted by the strongly autobiographical “That’s Why I Write Songs,” the languid “Front Porch Swing Afternoon,” the rocking “Good Times Ain’t What They Used to Be” and the easy-going groove tune “Macon.” The ambitious project’s textures are many and varied. “Baby Don’t Cry” is a lullaby. “I Remember You” is a gospel song. “That’s How I Don’t Love You” is a deeply sad power ballad. “By the Seat of Your Pants” tells of life’s lessons. The title tune, “The Guitar Song,” is told from the point of view of two forgotten guitars hanging on a pawn shop wall. “Playing the Part” and “California Riots” come from feeling out of place as a country boy in Hollywood. As a lover of classic country sounds, he regularly performs oldies in his stage shows. The Guitar Song contains “For the Good Times,”, “Set `Em Up Joe” and “Mental Revenge”. “Lonely at the Top” is an undiscovered Keith Whitley song.

“The road is where it’s at. I love it. That’s where you take country music. You don’t get the message out there by sitting at the house. I go out there and meet the people. When I come back home to make an album, I don’t want you to second-guess me. I’m telling you what is the right thing, because I’m the guy out there shaking their hands every night. Everything comes from God. So when I write, it is my gift to Him. It is my interpretation of what He gave me, the circumstances that I drew the material from. So when I get done with a song, it’s not for my fans. It’s certainly not for the industry, the trophies, the accolades and the plaques. It is straight from me to God.”

American VI: Ain’t No Grave, is the sixth and final installment of Johnny Cash’s critically-acclaimed American Recordings album series. As with the previous five albums in the American Recordings series, American VI was produced by Rick Rubin. American VI is deeply elegiac and spiritual, with each song its own piece of the puzzle of life’s mysteries and challenges – the pursuit of salvation, the importance of friendships, the dream of peace, the power of faith, and the joys and adversities that entail simple survival. It is an achingly personal and intimate statement, as, from the end of the line, Johnny Cash looks back on a most extraordinary life. 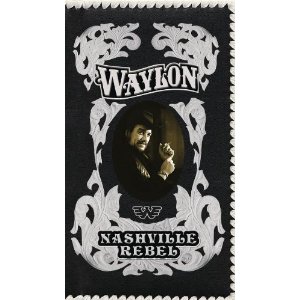 A 4-CD set that has been out for years, I was finally able to buy and one that I at least listen to every week. A previously unreleased duet with Johnny Cash is among the special tracks to be found on the Waylon Jennings boxed set “Nashville Rebel,” due Sept. 26th via RLG Nashville/Legacy. “The Greatest Cowboy of Them All” was recorded in 1978, the same year the late Jennings’ duet with Willie Nelson, “Mamas Don’t Let Your Babies Grow Up To Be Cowboys,” spent four weeks at No. 1 on Billboard’s country chart. Beyond such hits as “Are You Sure Hank Done It This Way,” “Good Hearted Woman,” “I Ain’t Living Long Like This,” “Highwayman” and “Rose in Paradise,” the four-disc collection includes two early period tracks that have never been released in the U.S.: “It’s Sure Been Fun” and “People in Dallas Got Hair.” “Nashville Rebel” was created in tandem with Jennings’ widow Jessi Colter and their son Shooter Jennings. Liner notes were penned by Patti Smith guitarist Lenny Kaye and country historian Rich Kienzle. 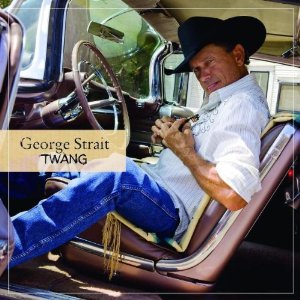 There is not one CD by king George that I could not listen to, let alone listen to it constantly hour after hour. Although Twang is certainly not my favorite of his, it is great. Twang is the follow-up to the platinum selling and CMA Album of the Year, Troubadour. The debut single, “Living For The Night” is the first single as a songwriter. Strait was recently recognized by the Academy of Country Music as the Artist of the Decade and was honored in a primetime CBS TV special. 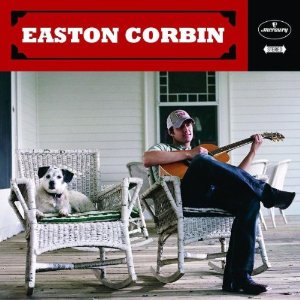 A CD that since the day it came out has yet to be taken out of my CD player in my truck. 2010 Release from the Country singer/songwriter. Like his heroes George Strait and Ketih Whitley, Easton is unapologetically Country. His songs, while rooted in the present, call to mind simpler times when the back porch was where folks gathered to network. His first single, ‘A Little More Country Than That,’ paints a picture of rural life that speaks to Easton’s small town sensibilities. ”This song identifies who I am,” he says. ”It shows character and that’s important where I’m from. You learn to say ‘yes, ma’am’ and ‘no, sir,’ and to open the door for the ladies.